How to choose the right fastener

Galvanic zinc plating is the most common plating used for commercial fasteners. It is relatively inexpensive and has a better appearance, and can be available in black or army green. However, it has average corrosion resistance and its corrosion resistance is the lowest of the zinc plating (coating) layers. The normal neutral salt spray test for zinc plating is within 72 hours, and special sealers are also used, making the neutral salt spray test up to 200 hours or more, but it is expensive, being 5 to 8 times more expensive than normal zinc plating.

The zinc plating process is prone to hydrogen embrittlement, so bolts above grade 10.9 are generally not galvanised. Although it is possible to use an oven to remove the hydrogen after plating, the passivation film will be destroyed at 60°C or more, so the removal of hydrogen must be carried out before the passivation after plating. This is less workable and more costly to process. In reality, production plants do not generally initiate de-hydrogenation unless it is mandatory for a specific customer. 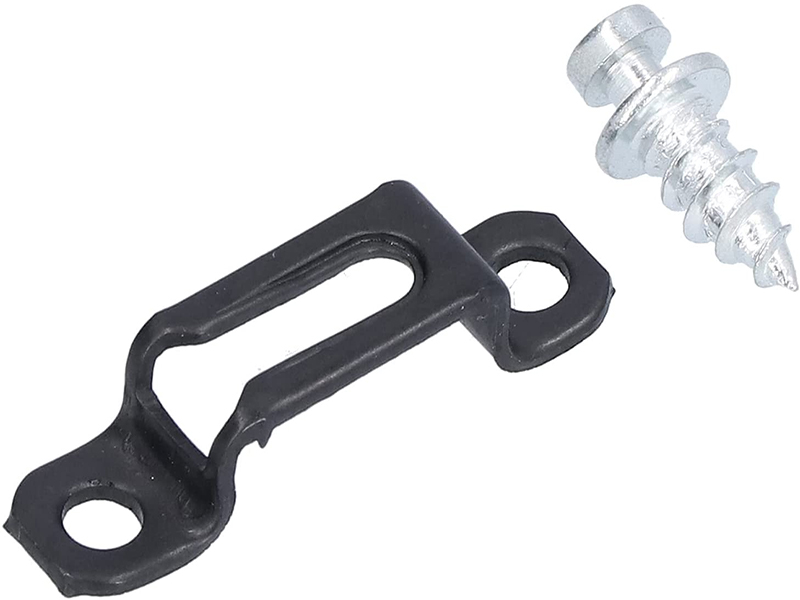 Phosphating is relatively cheap compared to galvanising and has poorer corrosion resistance than galvanising. After phosphating, oil should be applied and the level of corrosion resistance has a great deal to do with the performance of the oil applied. For example, after phosphating coated with general anti-rust oil, neutral salt spray test is only 10 ~ 20 hours. Coating high-grade anti-rust oil, it is up to 72 ~ 96 hours. But its price is generally phosphate coated with oil 2 to 3 times.

Many fasteners for industrial use are treated with phosphate oiling. It is used more often in industry because it has a good torque – preload consistency and the assembly is guaranteed to meet the tightening requirements expected by the design. In particular, some important parts of the connection. For example, the steel structure connecting vice, engine connecting rod bolts, nuts, cylinder head, main bearing, flywheel bolts, wheel bolts and nuts, etc..

High strength bolts using phosphate, but also to avoid the problem of hydrogen embrittlement, so in the industrial sector more than 10.9 grade bolts are generally used phosphate surface treatment.

Blackening + oiling is a very popular plating for industrial fastening surface treatment as it is the cheapest and looks good until the oil runs out. Since blackening has almost no rust protection, it rusts quickly without oil. Even in the oiled state, its neutral salt spray test is only 3 to 5 hours.

The torque – preload consistency of blackened fastening surface treatment is also poor. To improve this, it is possible to apply grease to the internal threads during assembly and then screw them together.

Cadmium plating has good corrosion resistance, especially in the marine atmospheric environment compared to other surface treatments. The processing of cadmium plating is expensive and costly in terms of waste disposal, which is about 15 to 20 times more expensive than zinc plating. Therefore, it is not used in general industry and is only used in some specific environments. For example, it is used for fasteners for oil rigs and seafaring aircraft.

Chrome plating is very stable in the atmosphere, not easily discoloured and loses its lustre, and is hard and wear resistant. The use of chrome plating on fasteners is generally used as a decorative effect. It is rarely used in industrial areas with high corrosion resistance requirements, as good chrome fastening surface treatment are as expensive as stainless steel, and only when stainless steel is used with insufficient strength, chrome plated fasteners are used instead.

To prevent corrosion, copper and nickel should be plated first before chromium plating. Chrome plating can withstand temperatures of 1200 degrees Fahrenheit (650°C). However, there is also the same problem of hydrogen embrittlement as with zinc plating

Silver plating provides both protection against corrosion and as a solid lubricant forfastening surface treatment. For cost reasons, nuts are silver-plated, bolts are not, and sometimes small bolts are silver-plated. Silver loses its lustre in air, but can act at 1600 degrees Fahrenheit. Therefore, people use its high temperature resistance and lubrication properties for fasteners that work at high temperatures to prevent oxidation bite of bolts and nuts.

Fasteners are nickel plated, mainly for use where both corrosion resistance and good electrical conductivity are required. Such as the lead-in terminals of vehicle batteries.

Hot dip zinc is zinc heated to liquid under the heat diffusion coating. Its plating thickness is 15 to 10 μm and it is not easy to control, but it is good at engaging corrosion and is mostly used in engineering. The hot dip zinc process is heavily polluted with zinc waste and zinc vapour.

Due to the thick plating, it raises the problem of difficult screwing of internal and external threads in fasteners. There are two ways to solve this problem. One is to tap the internal threads after plating, which solves the problem of screwing the threads together. However, it also reduces the corrosion resistance. One is to make the threads larger than the standard grain by 0.16~0.75mm (M5~M30) when the nut is tapped, and then hot dip the threads in zinc, which solves the screwing problem, but at the cost of reduced strength. Currently, there is an anti-loosening thread – the American “jaws” internal thread – that can solve this problem. Because of the large gap between the inner and outer threads when they are not tightened, they can be used to accommodate thick coatings, so they do not affect the screwing properties, and their corrosion resistance and strength remain intact.

Due to the temperature of the hot dip zinc process, it cannot be used for fasteners of class 10.9 or above.

Galvanising is a solid metallurgical thermal diffusion coating of zinc powder. Its uniformity is good and uniform layers are obtained in threads and blind holes. The thickness of the coating is 10 to 110 μm and the error can be controlled to 10%. It has the best bond strength to the substrate and anti-corrosion properties among zinc coatings (electro-galvanised, hot dip zinc, Dacromet). Its processing is pollution-free and most environmentally friendly

There are no hydrogen embrittlement problems and the torque – preload consistency is excellent. If the environmental concerns of hexavalent chromium are not taken into account, it is actually most suitable for high strength fasteners with high corrosion protection requirements.