Precautions For Purchase And Installation Of Aluminum Square Ceiling

Therefore, the number and distribution of inclusions are determined as important indicators for evaluating the quality of steel, and are listed as routine inspection items for high-quality steel and high-grade high-quality steel. The nature, shape, distribution, size and content of non-metallic inclusions have different effects on the properties of steel.

Therefore, improving the quality of metallic materials, producing clean steel, or controlling the properties and desired morphology of non-metallic inclusions during smelting and ingot casting is a difficult task. For metallographic analysts, how to correctly judge and identify non-metallic inclusions has become very important.

During the smelting of steel, the deoxidation reaction will produce products such as oxides and silicates, which will remain in the steel if they do not appear before the molten steel solidifies.

When the oxygen, sulfur, nitrogen and other impurity elements dissolved in molten steel are cooled and solidified, due to the decrease in solubility, they combine with other elements to precipitate from the liquid phase or solid solution in the form of compounds, and finally stay in the steel ingot.

During the smelting process, various physical and chemical inclusions are formed. The distribution of endogenous inclusions is relatively uniform and the particles are small.

Correct operation and reasonable process measures can reduce their number and change their composition, size and distribution, but generally it is unavoidable.

The slag suspended on the surface of molten steel during smelting and pouring, or the refractory material or other inclusions falling off from the inner wall of the steelmaking furnace, the tapping groove and the ladle, etc., are not removed in time before the molten steel solidifies and remains in the steel.

Inclusions produced by metal in contact with foreign substances during the smelting process. For example, the sand and lining on the surface of the charge interact with the molten metal to form slag and remain in the metal, including the added flux.

Non-metallic inclusions in steel are classified in detail by chemical composition, as shown in Figure 1, and are mainly divided into three categories. 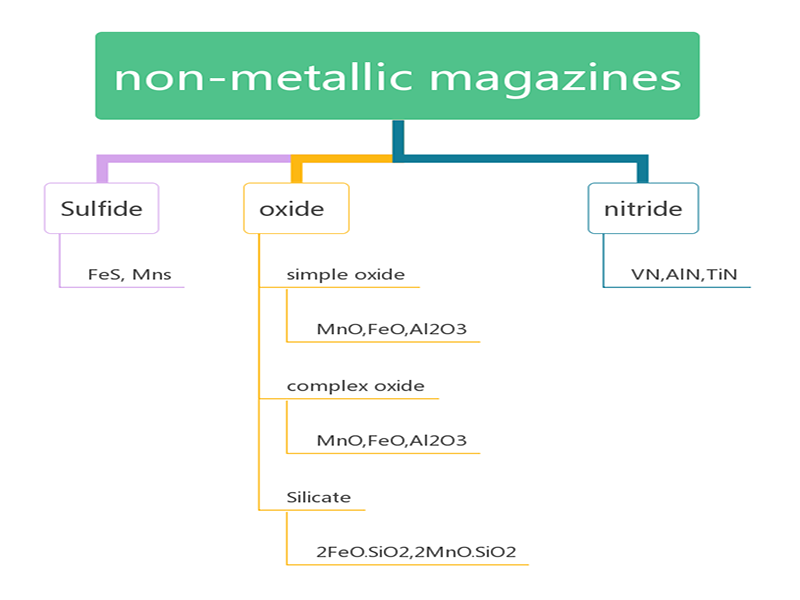 fig1. Classification of non-metallic clips in steel according to chemical composition

During the solidification of steel, due to the rapid cooling rate, some liquid silicates do not have time to crystallize and are stored in the steel in whole or in part as glass.

Mainly FeS, MnS, CaS, etc. Because FeS with low melting point is easy to form hot brittleness, it is generally required to contain a certain amount of manganese in steel, so that sulfur and manganese can form MnS with high melting point and eliminate the harm of FeS. Therefore, the sulfide inclusions in steel are mainly MnS.

The morphology of sulfide inclusions in as-cast steel is generally divided into three categories:

① The shape is spherical, and such inclusions often appear in steel with incomplete deoxidation of ferrosilicon;

③ It is blocky and irregular in shape, which occurs when too much aluminum is deoxidized. 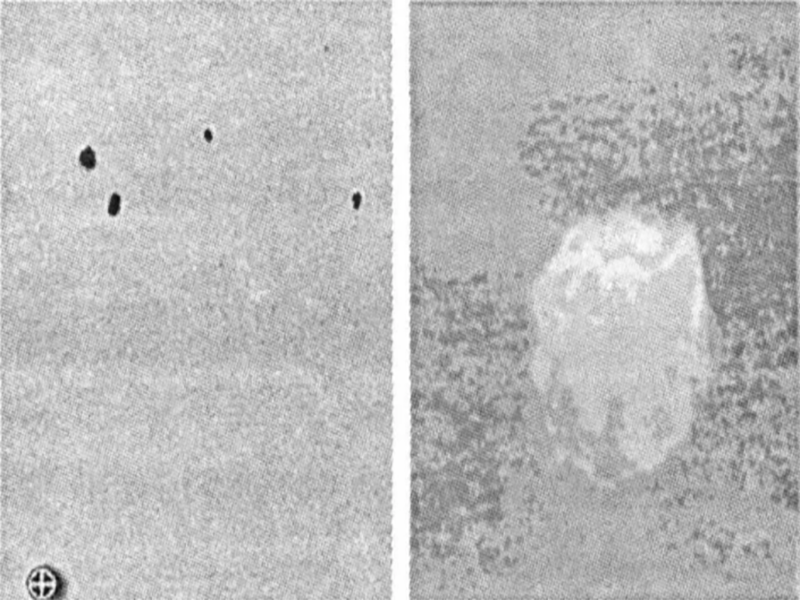 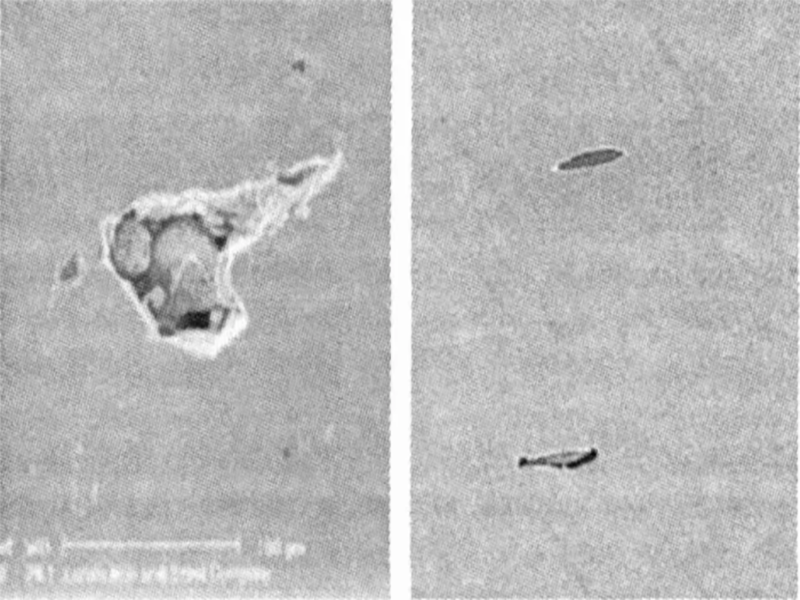 When elements with a higher affinity for nitrogen are added to steel, nitrides such as aluminum nitride, tin, zirconium and vanadium are formed. During the tapping and casting process, the molten steel comes into contact with air, and the amount of nitrides increases significantly.

1. Brittle inclusions – The shape and size of such inclusions do not change during hot working, but they can be arranged in strands or chains of dots along the machine direction. These inclusions include Al2O3 and Cr2O3.

2. Plastic inclusions These types of inclusions have good properties during hot deformation and extend into strips along the deformation direction. In this category, sulfides and ferromanganese silicates are lower (40% to 60%).

3. Invariant spherical inclusions are spherical in the as-cast state, and the spherical shape remains unchanged after thermal processing, such as silicates with high SiO2 and SiO2 content (>70%).

4. Semi-plastic inclusions refer to aluminosilicate inclusions of various complex phases. Matrix aluminosilicates are plastic and undergo plastic deformation during hot working, but the precipitates contained in them, such as alumina, are brittle and retain the same shape or just a distance during processing.

In recent years, electron probes have been used more and more in the analysis of inclusion trace components. There are currently two methods for identifying inclusions.

In general, the constituent elements and approximate composition of inclusions larger than 1um in size can be determined, and more intuitive results can be obtained if surface scans of individual elements are used.

Figure 4 is a surface analysis of inclusions in Q460 steel using a scanning electron microscope. Surface scans were performed on the four elements sulfur, manganese, silicon, and iron in sequence.

From the scanning results, it can be inferred that the inclusions in the bright-field observation are MnS, SiO2, and FeS. The composition analysis is performed by energy dispersive spectrometer (EDS), and the mass fraction of each element can be directly obtained. 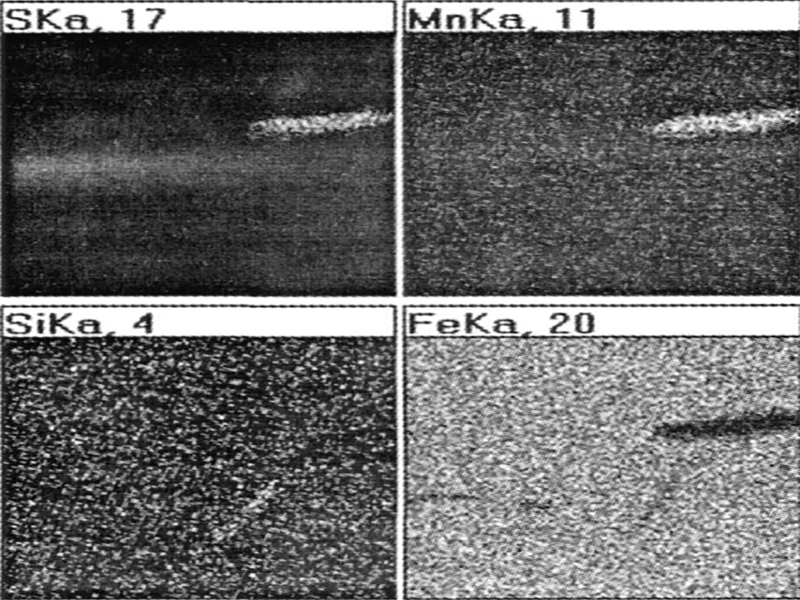 According to the distribution and quantity of inclusions, the corresponding grades are evaluated and their influence on the properties of the steel is judged.

At present, there are many methods to detect and study non-metallic inclusions in steel, including chemical method, petrographic method, metallographic method, electron probe method and electron scanning method.

The metallographic identification of inclusions is based on the morphology, distribution, and optical characteristics of the inclusions under brightfield, darkfield, and polarized light (Table 1), and comparisons with known inclusion characteristics to determine their type.

When necessary, the microhardness or chemical resistance of the inclusions can be determined. The metallographic identification steps of non-metallic inclusions are shown in Table 2:

Quantitative determination is one of the routine testing items for high-quality steel and high-grade high-quality steel. In the case of known inclusion types, standard grade comparison methods are used to judge steel quality or eligibility.

The evaluation of inclusions can be carried out according to GB/T10561-2005 standard. After careful polishing of the sample, the inclusions should be properly preserved and observed under a microscope at 100x magnification without corrosion. Specimens are graded by comparing the field of view with the most severe inclusions to the standard grade picture.

The GB/T10561-2005 standard lists the grade table of three kinds of inclusions. Oxides belong to one class and sulfides are divided into two families based on the most severe inclusions. Each series is divided into 5 levels. The higher the grade, the more inclusions. If the nominal value cannot be set to a whole number, half nominal can be used.

Chromium rolling bearings are classified and rated according to GB/T18524-2002 standard. The non-metallic inclusions in this standard are divided into three categories: brittle inclusions, plastic inclusions and point invariant inclusions. 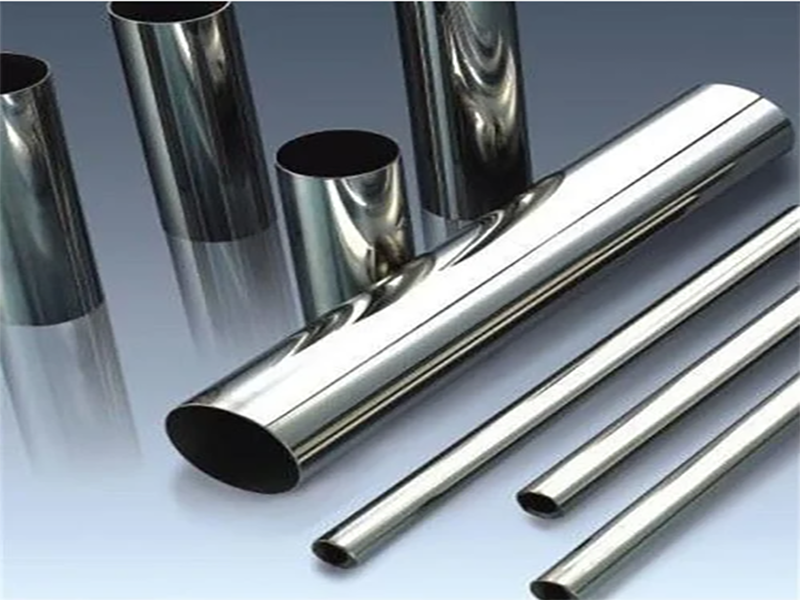 When the inclusions are small, it should be done under an electron microscope. Quantitative measurements require measuring more fields of view in order to obtain a statistical distribution. The application of automatic image analyzer can greatly speed up the determination process and obtain more accurate results.

The inclusions are classified into four basic types A, B, C and D, which are sulfides, aluminums, silicates and spherical oxides, respectively. Depending on the thickness and diameter, each type of inclusion can be divided into two series: fine series and coarse series.

When grading inclusions, half grades are allowed. Results are expressed as the number of worst field ratings for each type of inclusion per specimen. The evaluation method of non-metallic inclusions in steel refers to the GB/T10561-2005 standard.

It is typically used for products that require a lot of calendering, such as sheet, pipe and wire. Results are expressed as the total number of fields of view at different levels contained in each type.

Combined with relevant standards and relevant micro-area analysis, it is possible to quantitatively evaluate the grade of inclusions, comprehensively determine the quality of steel, and then find out the rules, improve the process, reduce the content of harmful inclusions as much as possible, and improve product quality.