Galvalume roofing sheet is popular in commercial, residential, agricultural, and industrial applications. It is covered with a coating of aluminum-zinc alloy, which gives it excellent corrosion and heat resistance. Due to its superior performance, it is ideal for homeowners, contractors, architects and investors. Wanzhi Steel manufactures a wide range of metal roofing products in different materials, including GI, GL, PPGI and PPGL in various sizes and designs to meet your requirements. Feel free to contact us for more details! 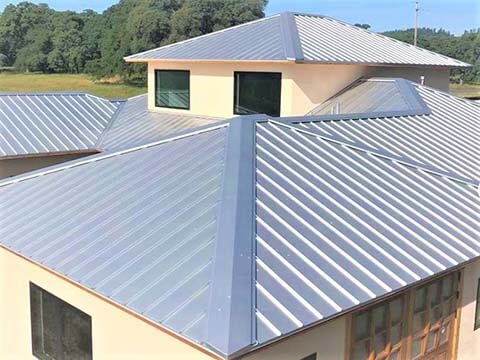 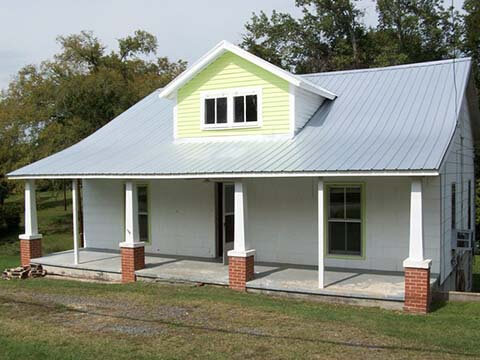 What is the difference between galvanized roofing and galvalume roofing?

When completing a project with corrugated sheeting, should you choose galvanized metal roofing or galvalume metal roofing?

The answer lies in the difference between the two. Traditional galvanized metal roofing is a corrugated carbon steel sheet with a galvanized coating. This coating is formed by dipping the straight sheet into hot, molten zinc. The zinc ions combine with the iron molecules in the steel to form a shiny, rust-resistant coating on its surface. This process is known as galvanizing.

After the coating hardens, the sheet is placed in a cold forming corrugation process that bends the sheet into a parallel linear pattern. These “corrugations” give the sheets greater strength and stability when installed as a roof.

Bethlehem Steel’s patented Galvalume process, invented in 1972, is similar to galvanizing, but also adds aluminum and silicon to the zinc. As the coating dries, patches of aluminum and zinc molecules coalesce into a pattern on the surface of the sheet. The aluminum zone provides corrosion resistance, while the zinc provides galvanizing protection. A small amount of silicon helps the coating adhere to the underlying metal, even when it is cut or rolled into a corrugated pattern.

So, which is better for roofing? Each type has advantages and disadvantages.

What Is Galvalume Metal Roofing?

Galvalume metal roofing sheets are coated with a blend of 55% aluminum, 43.4% zinc, and 1.6% silicone to protect the base steel from corrosion and rusting. Therefore, it is suitable for most applications, including in extreme environments. In addition, galvanized steel roofing offers a smaller, smoother patina, which results in a more uniform surface. Let’s review the differences between galvanized roofing panels and aluminized zinc roofing panels.

Galvanized panels are coated with an aluminum and zinc alloy (55% aluminum, 43.4% zinc, 1.6% silicon), while galvanized steel is covered with a zinc coating. Compared to galvanized sheets, aluminum has a natural ability to resist corrosion and better protects the steel core from corrosion. This means that galvanized sheet has better corrosion and heat resistance than galvanized materials. It is proven that GL roofing will last over 60 years, which is 20-30 years longer than GI roofing sheets.